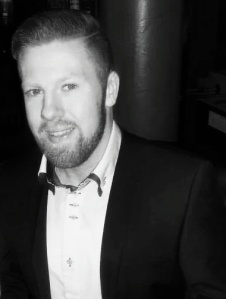 Neighbourhood Officer for Regenda Group, working hard to cut stigma in social housing and making the a North West a better place to live.

As an academically minded neighbourhood officer, it is easy to get lost in ‘patch trends’ and national statistics in search to better understand the housing sector. However, I can’t be grateful enough for social housing for more than just giving me my dream job.

I grew up in an area called Dovecot, in Liverpool. An area although associated with a high crime rate within a largely deprived geographical ward…I fondly remember. I spent the first 12 years of my life in a Local Authority owned home with my Mum, Dad and Brother. Although statistically there was ‘nothing down for me’, I feel that social housing gave me a way against the grain of the stigma that it is associated with.

I couldn’t have asked for a better youth than what I experienced. All of my school friends lived within a quarter mile radius (thank you state schools), our neighbours would help us more than just a Ned Flanders-esque borrowing of power tools and of course my parents would never let me want despite hard times financially (it was the 90s). What this experience taught me was a strong sense of community, despite the negative press. Sure there was antisocial behaviour and it wasn’t a Makkah of living standards, however It taught me that people would be cooperative beyond measure when affluence didn’t stand in the way of others.

It was at this time that I developed a near innate urge to invest in community. One of my earliest memories was telling my Mum walking to school that despite living in a run down area, if there was any way to make my area a better place to live in which not just my Mum but others told me “the sky is the limit if you put your mind to it”. With this, I noticed that the stigma lied in bricks and mortar and nothing else, that social housing is judged by its cover rather than its content. I felt that the area needed to be as beautiful on the outside as much as the inside. It was at this time that I gained an interest in housing, community and urban regeneration, I just didn’t know the practice of it due to both my young age as well as a limit of academic education with in my community. However it wasn’t just the physical area that was my dominant interest, it was the people I cared for and still do today, years after living in social housing,

This sense of community provided for by Social Housing helped me with a lot of things over the years. I never forget the opportunities it gave me including the confidence in joining a local football team, starting my martial arts journey and the strange sense of communal accomplishment when someone done well. My own experience came when I obtained a school place at the prestigious Bluecoat School. I don’t know if it was because I was the first to achieve the feat or if others were happy to see one of their own progress, I knew it was the time to make it a mission to stand up for social housing no matter what. Despite seeing first hand that social housing contained tenants who were benefit reliant or in low paid jobs, it provided a platform for people to focus on what really matters. My own experience led me to feel that the removal of financial complexities brought out the best in people and to be proud of their community.

You can take the man out of community…

Even now, away from the community I grew up in, the community stills lives inside of me. As I never saw the stigma of social housing due to being raised in it, I seen an equality that is sadly declining due to ideals of ownership. Even when moving to a privately owned home at age 12, those values never left. I spent each waking moment committed to gaining skills that one day make a difference in the community. Whether it was organizing a play out day with my friends, helping my brother with his homework (he helps me now!) or supporting people through difficult times, social housing provided an experience that I wouldn’t have gained if my family was wealthy from a young age. 20 years after having that first conversation with my Mum around urban regeneration, I still have that fire burning inside of me. As a neighbourhood officer, I aim to use my skills to ensure the same loss of stigma in other communities to provide a similar experience for others even if that means doing this by changing one opinion at a time.