Elisa Faulkner is one of the co-ordinators of CouncilHomesChat 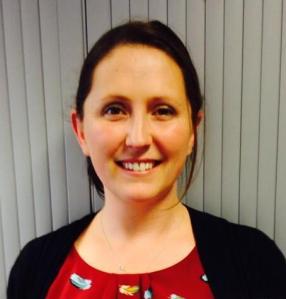 In preparation for our upcoming workshop at TAI15 – CIH Cymru’s annual conference – I came across the email Cheryl Tracy, the founder of CouncilHomesChat, had sent, calling to arms those of us that wanted to get involved. As she put it:

I think it’s about time we came together to show everyone what is so good about social housing, to combat some of the negativity and ignorance

I’m so glad I got involved. It’s changed my life. That might be a tad dramatic but it’s true. We haven’t gained national media attention or won any awards but that’s not what we set out to do. The aim was to give people a space to tell the story, air their views and get the message heard and I think we’ve achieved that. I’m really proud of CouncilHomesChat and although the initial flurry of activity has quietened down I believe it still has an important role to play in the social housing story.

Next week, I will be joined by Alison Inman from the SHOUT campaign as we lead a workshop on how to use Social Media for Social Housing. I’m really pleased to share this with SHOUT because our two aims are so integral to each other. The first key request on SHOUT’s manifesto is that 100,000 new social homes should be built annually in the UK, as part of the wider target of 200,000. That is a staggering number but it’s what is needed and it’s not a figure you’ll only hear from Housing campaigns anymore.
The General Election is looming and Housing is a key issue that all of the parties are talking about. This is an excellent time to get the story out there and to change Joe Publics perception of social housing. But why? Why bother?

Joe Public needs to buy into the idea of building new homes on a mass scale so that it can actually be achieved. If everyone has a suitable and affordable home I believe that no one will care what tenure it is. Private landlord, housing association, council? Who cares? Built on a big enough scale and affordable housing becomes a reality for everyone so who will care what the tenure is?

One of the criticisms sometimes levelled at SHOUT and CouncilHomesChat is that we are just housing people talking to housing people. I think that’s unfair although I understand the point. As it happens we have plenty of followers across our various platforms that are not “housing”. But closer to home, my childhood friends are South East women, with good jobs and intelligent brains in their heads. They work in a range of industries and don’t much care about social housing. It has very little impact on them, they don’t need it, they don’t envisage their kids needing it and they are (and I mean this in the nicest possible way to the women I love the most in the world) they are a bit ignorant to the whole thing.

When I first started talking to them about social housing and CouncilHomesChat, they were a bit non-plussed, a bit disinterested. But now they listen to me and maybe, just maybe I’m changing their views and opening their eyes and ears to a story they wouldn’t have listened to before. The old saying goes that “A waterfall starts with a single drop of water”. Well this is my drop of water.